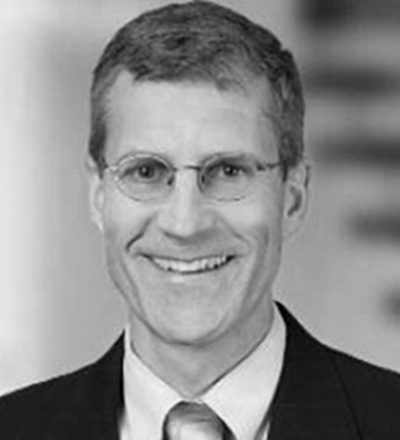 James had over twenty years of experience working in various areas of R&D for industry, a leading academic institution, and his own company before starting a second career in intellectual property in early 2007.  His hands-on research activities were in the areas of laser optics, fiber-optic communication systems, ultrafast optics, high-power and extreme ultraviolet optics, electron-beam lithography, contact photolithography, microfabrication, solid-state devices, microfluidics for genome sequencing, mechanics, nanopositioning apparatus, circuits, pneumatics, and low-cost lithography instrumentation.  He received an undergraduate degree in Physics from Bates College and Master’s and Doctoral degrees in Electrical Engineering from Massachusetts Institute of Technology.  He is author, co-author, inventor, or co-inventor on over 40 reviewed publications and patents.

Since 2007, James has assisted small, medium, large, academic, and commercial clients with their patent portfolios.  Having experience with starting his own company, James elected to remain a Patent Agent rather than pursue a law degree so that he could stay closer to the science aspect of IP and provide highly technical services to clients at lower cost.  Over the years, he has assisted with litigation, post-grant proceedings, non-infringement analyses, validity analyses, patentability analyses, due diligence, freedom to operate, and of course drafting and prosecution of patent applications.  James handles a wide range of IP technologies ranging from carpentry to quantum computing.

James is admitted to practice before the U. S. Patent and Trademark Office.  Some of James’ representative services include: